Issues with pain and fertility, while different, are similar in that they can both be frustrating in how difficult they are to treat. Some find relief and help in acupuncture—an important pillar of Traditional Chinese Medicine, and an ancient tradition shown to have great results. And despite its established history, acupuncture and its variations are not static. In fact, research is being carried out on a treatment called electroacupuncture, and results suggest that it’s helpful for pain treatment, nausea relief, fertility, and even inducing labor. So, let’s start at the beginning: what is electroacupuncture?

According to Healthline, electroacupuncture or EA—like its more traditional origin—stimulates pressure points by the expert insertion of thin needles. However, differently from manual acupuncture, a mild electric current (generated from a device creates continuous impulses) passes between needles. Functionally, the pressure is slightly greater, and the point affected is slightly larger. Studies have also found that the analgesic properties of electroacupuncture are greater than manual acupuncture.

Using electricity is of course not to be taken lightly, but the procedure can be done safely and get great results when carried out by a skilled professional on properly-tuned equipment. The current is light, and ultimately further stimulates the pressure point in question. This is not unlike other manipulation techniques an acupuncturist might use. Acupuncturists are also well-trained to address any issues or concerns you may have, and can advise on when the treatment might not be right for a patient.

Electroacupuncture can be used for general wellness and stress relief—just like traditional acupuncture. There are even studies about electroacupuncture’s role in neurobiology and for stroke treatments. Still, EA has been found to be most effective in helping with certain things…so, what can it be used for?

Pain is a tricky thing to treat, and acupuncture has been shown to help, with research suggesting that it soothes arthritis pain. For those who are looking for something more, there’s also data showing that electroacupuncture can help, too. EA can be used for pain treatment, with promising results in reviews carried out on different types of arthritis and nausea (in people), as well as general pain management (in animals).

One review in 2005 reported that patients suffering from rheumatoid arthritis reported “a significant decrease in knee pain” within 24 hours of being treated with electroacupuncture, as well as a significant decrease four months on. Review authors however noted its low quality and few participants. Another 2017 review on 11 randomized control trials using electroacupuncture for knee osteoarthritis found that the treatment reduced pain intensity more significantly than manual acupuncture. It also stated that it provided an opportunity to alleviate pain and to improve physical function of patients. This was later reinforced by a 2019 study, which concluded that EA should be administered for two weeks or more to be most helpful, and that strong electroacupuncture was better in alleviating pain intensity.

BUT…IT CAN ALSO BE USED TO INCREASE FERTILITY AND INDUCE LABOR!

On the other side of the spectrum, Electroacupuncture may help women have children—specifically, aiding in fertility and in inducing labor.

Unfortunately, in vitro fertilization treatment does not come without its own discomfort, and one 1999 study looks at the anesthetic effects of electroacupuncture and evaluated it as a “good alternative to conventional anesthesia.” One later 2009 study found that EA had a good clinical effect for in vitro fertilization patients with poor ovarian reserve, and could improve pregnancy outcome, while a study carried out in 2009 found positive changes in uterine artery blood flow in infertile women who received electroacupuncture.

People who suffer from polycystic ovary syndrome (PCOS) also often have issues with fertility. Manual acupuncture is already thought to help with PCOS and the same can be said for electroacupuncture as well! One 2019 study of 44 patients with PCOS found that there were significant differences in follicle growth (in turn aiding fertility) between individuals who had received EA and those who hadn’t.

Then, when it comes to actually having a baby, studies show positive results as well. One 2010 study of 67 pregnant women found that EA can be used to help induce labor without occurrence of obstetric complications.

Curious about electroacupuncture? We’d love to talk to you about it at Wellnest, and have personally seen great results. We’re here to answer all your questions!

Schedule a healing treatment at Wellnest Acupuncture + Holistic Medicine. We will create a custom treatment plan including: acupuncture, Chinese herbs, and dietary recommendations, to help balance your hormones, regulate menses, increase your fertility, and much more!

Looking for a Denver acupuncture clinic to help you with all of your general health, mental health, chronic pain, fertility, gynecological, facial acupuncture, or digestive needs? 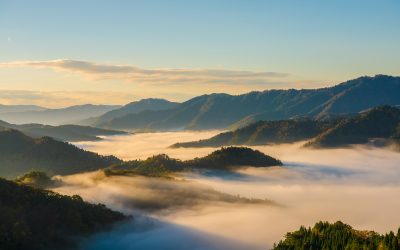 Your digestion plays a vital role in keeping you healthy. Stomach issues are not only uncomfortable and inconvenient, they can also negatively affect your mood, your energy, and even your immune system.

END_OF_DOCUMENT_TOKEN_TO_BE_REPLACED 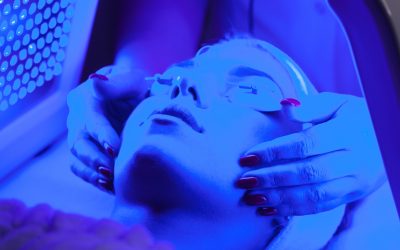 LED lights are also being used on a micro-level to help with skin. Whether you are trying to get rid of acne or fine lines, we have the tools to help. Wellnest is excited to offer anti-aging LED light therapy as well as anti-acne LED light therapy to help keep your face fresh and vibrant-looking.