Meditation & Happiness: What You Need to Know

Are you interested in wellness, mindfulness, different philosophies and their practices? If so you’ve most likely considered meditation. Our increasing awareness of mental health has popularized meditation in the West. It’s even incorporated in schools, offices, and prisons.

You may have heard stories, but are they true? Does meditation make you happy? And what are the best methods that resonate with you?

As well as dedicating myself to deepening my practice of acupuncture in Denver, I’m also invested in spreading meditation in Denver. It has deeply changed my life; let me tell you how!

First, let’s look at what meditation is. Merriam-Webster defines “to meditate” as “to engage in mental exercise (like concentrating on one’s breathing or repetition of a mantra) for the purpose of reaching a heightened level of spiritual awareness.” Simply put, it involves turning your gaze inward. Bearing witness to your thoughts and sensations without judgment.

This, in turn, calms what Buddhists refer to as “the monkey mind.” That’s the voice that goes on and on, leaving you feeling unsettled, restless, or confused. There’s no end to how much you can explore with meditation. One of the ways you can go deeper into the practice, and my preferred method, is mindful meditation!

Some of the earliest mentions of meditation can be found in Indian Hindu texts. Other forms of meditation would then soon develop in Confucianism and Taoism. As well as early Buddhism, throughout China and India.

It’s true that the ‘60s were important for the spread of Eastern practices and meditation in the West, but it became known in the region much earlier. In fact, it was already popular as early as the late 19th century!

A variety of techniques

Nowadays, meditation holds a world of varieties and techniques, but there are still distinctions to be made. For example, meditation is used to cultivate two things: calmness and insight, or Samatha and Vipassana. Many meditation techniques even combine elements of both.

Here’s a quick overview of some of the different ways people meditate:

And these are just the beginning! Other traditional types of meditation are transcendental, chakra, yoga, qigong, zazen, and more.

Do both focused attention and open awareness meditation sound appealing? One of the most practiced types of meditation is mindfulness meditation, which, in a way, combines elements of both!

Here, you both remain grounded by drawing your focus on an action, an object, or a thought, while also staying aware and present to what is around you. Techniques can vary, but they generally involve a breathing practice, mental imagery, awareness of bodily sensations and thoughts in your mind, as well as muscle relaxation. Black and White Breathing meditation is a way to practice this, take a look at my how-to video here!

One type of mindfulness meditation is Lamrim, translating to “stages of the path” in Tibetan, acting as a set of instructions within the Kadampa Buddhism practice [https://kadampa.org/buddhism/stages-of-the-path]. It consists of 21 meditations, to be practiced in order in a three-week cycle. Some of the concepts to meditate on include “Our precious human life,” followed by “Death and impermanence,” and many more.

The Science Behind Meditation and Happiness

So, back to our original question: can meditation make you happy? Like all interesting questions, the answer is not all that straightforward—both yes, and no.

First, it may be that not all singular emotions brought up through meditation are happy: some feelings that are quite powerful, even uncomfortable, may come up with the good ones. And, of course, happiness means different things to different people: there isn’t a quick and easy way to define it.

Still, meditation has, time and time again, been shown to increase feelings that often foster happiness, as well as decreasing those that don’t. It’s no coincidence that the so-called “world’s happiest man,” French-born Matthieu Ricard, is a Tibetan Buddhist monk.

But it’s not just monks who are concerned with the links between happiness and meditation. In 1992, the Dalai Lama invited neuroscientist Richard Davidson to his home in India. He famously asked him: if scientists study depression, anxiety, and fear, why don’t they devote their work to studying qualities like happiness and compassion?

Failing to find an adequate answer, Davidson dedicated himself to working with the Dalai Lama to establish links between Buddhism and western science. Since then, he’s gone on to conduct much research on how mindfulness meditation benefits practitioners and leads to a happier life, even with Ricard himself. And, he’s not the only one to have noticed a scientific link.

In one study, participants were offered six hour-long sessions on loving kindness meditation, over a seven-week period. After having been asked to meditate at least five times per week for around 15 minutes or more, “Results showed that this meditation practice produced increases over time in daily experiences of positive emotions, which, in turn, produced increases in a wide range of personal resources (e.g., increased mindfulness, purpose in life, social support, decreased illness symptoms). In turn, these increments in personal resources predicted increased life satisfaction and reduced depressive symptoms.”

Meditation is also known to reduce stress. Mayo Clinic calls it a “simple, fast way” to do so, adding that “spending even a few minutes in meditation can restore your calm and inner peace.” Some of the benefits it attributes to the practice are ultimately the goals of many of the types listed above, such as “increasing patience and tolerance, “focusing on the present,” and “increasing self-awareness.”

When it comes to mindfulness meditation, research seems especially conclusive. Studies show that regular practice can reduce anxiety, and more specifically, aid people who suffer from social anxiety, in whom it apparently “enhances emotion regulation.”

A review study at John Hopkins, meanwhile, even found that mindfulness meditation reduces symptoms of depression, anxiety, and pain—rivaling even the effects of some antidepressants. And while no one thing is a panacea for depression, it can indeed be a helpful tool.

As well as directly leading to more positive and fewer negative feelings, studies show meditation to be a tool to help you create your own happiness.

Meditation (and mindfulness meditation in particular) has been proven to improve your focus and emotional control, something also verified by over 20 studies. It’s also been shown to help regulate your emotions, giving you control over how you react to different situations.

Indeed, meditation has also been proven to change your brain. It’s shown to increase tissue in the area known to be involved in maintaining attention and controlling impulses, as well as decreasing the size of the right amygdala, an area linked to negative emotions like sadness and anxiety. What’s more, regular practitioners have been shown to have reduced activity in the insula, responsible for the perception of pain.

It’s also important to remember that this is a practice, a strengthening of an ability that you can learn more over time. Many sources stress the importance of consistency—even if it’s just a few minutes a day!

Ways to try meditating at home

Think you’re ready to give it a go? There may be some courses, workshops, or guided sessions near where you live, but you can also start with something smaller, like an app! Some options out there are names like Mindfulness, Calm, Buddhify, Sattva, and Stop, Breathe & Think. Here you’ll find a variety of choices, including meditation, yoga, and acupuncture videos!

Meditation is often done in perfect harmony with other activities, such as yoga, tai chi, or acupuncture. Acupuncture induces a state of clarity, relaxation, and even a meditative-like state. Both meditation and acupuncture, additionally, positively alter the brain while also combating stress.

Feel like helping yourself reach those 2020 meditation goals and de-stress yourself? Book a session with Wellnest here.

Looking for a Denver acupuncture clinic to help you with all of your general health, mental health, chronic pain, fertility, gynecological, facial acupuncture, or digestive needs? 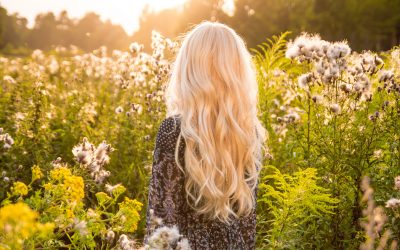 Getting to the Root of Hair Loss: A Holistic Approach to Healthier Hair

Losing a few hairs here and there is normal. In fact, the average person loses about 50-100 hairs per day. But when you start to pull out clumps of hair in the shower, or you notice new thinning or balding patches, it may be time to look a little deeper. Let’s take a look at the most common types of hair loss, what causes hair loss, and how you can use acupuncture and Chinese medicine to maintain a healthy mane.

END_OF_DOCUMENT_TOKEN_TO_BE_REPLACED 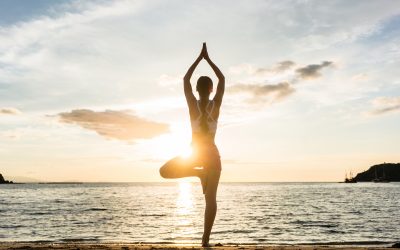 Hormones may be small, but they are mighty. These tiny messengers play significant roles in how our bodies function. They manage how you use energy, how much weight you put on, how happy you are, how well you sleep, and your ability to create healthy children. Unfortunately, hormones are also tricky. They are released by your endocrine system in precise amounts that can easily be thrown off balance.

END_OF_DOCUMENT_TOKEN_TO_BE_REPLACED 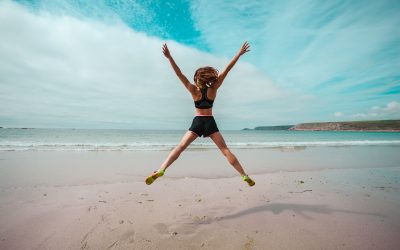 Live Fatigue-Free: How to Boost Your Energy Naturally

Do you wake up tired? Do you rely on caffeine and sugar to get you through the day? Do you feel like you need a nap after every meal? Unfortunately, fatigue and exhaustion have become a silent epidemic in our modern lives. We brush off our tiredness as a sign of a productive day, or “just a phase” we’re going through. The truth is, being chronically fatigued robs us of our physical, cognitive, and emotional health.